This topic is one that I can really delve deeply into and there are a variety of angles to explore it from. However, I'm going to try to keep this fairly concise and hit some of the bigger points that came to mind for me recently. Over the last few weeks I took a road trip through the southwest hitting a mix of National Parks and other naturally beautiful places. Around the same time, the government shut down and since then we've heard some horror stories coming out of National Parks about people not acting responsibly or respectfully. Here's a few tips that can help ensure you travel respectfully and responsibly on that next trip! 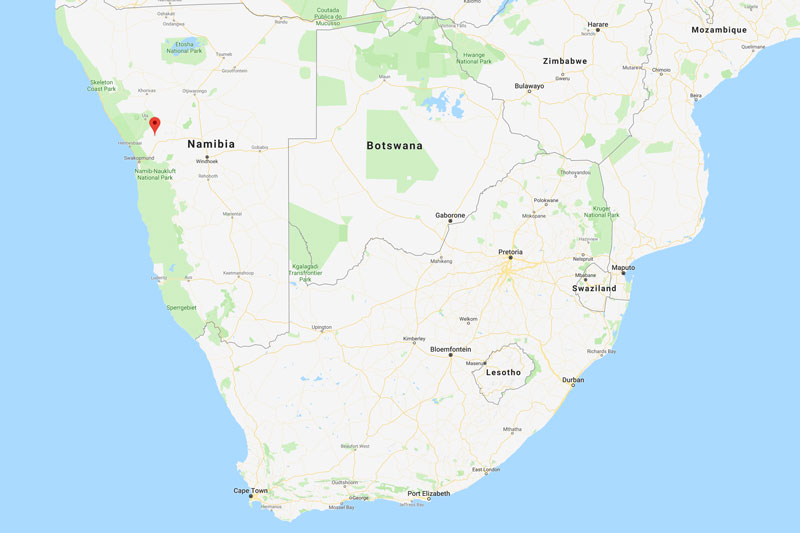 This first point is huge and one that I have a lot of experience with. I've traveled quite a bit. Some of it on my own or with close family and friends and a great deal of it leading groups of people on organized trips.

testing here on day 2, let's see if the updated settings we have now are still working right

that's 2 saves, let's go for save number 3 and see what happens! 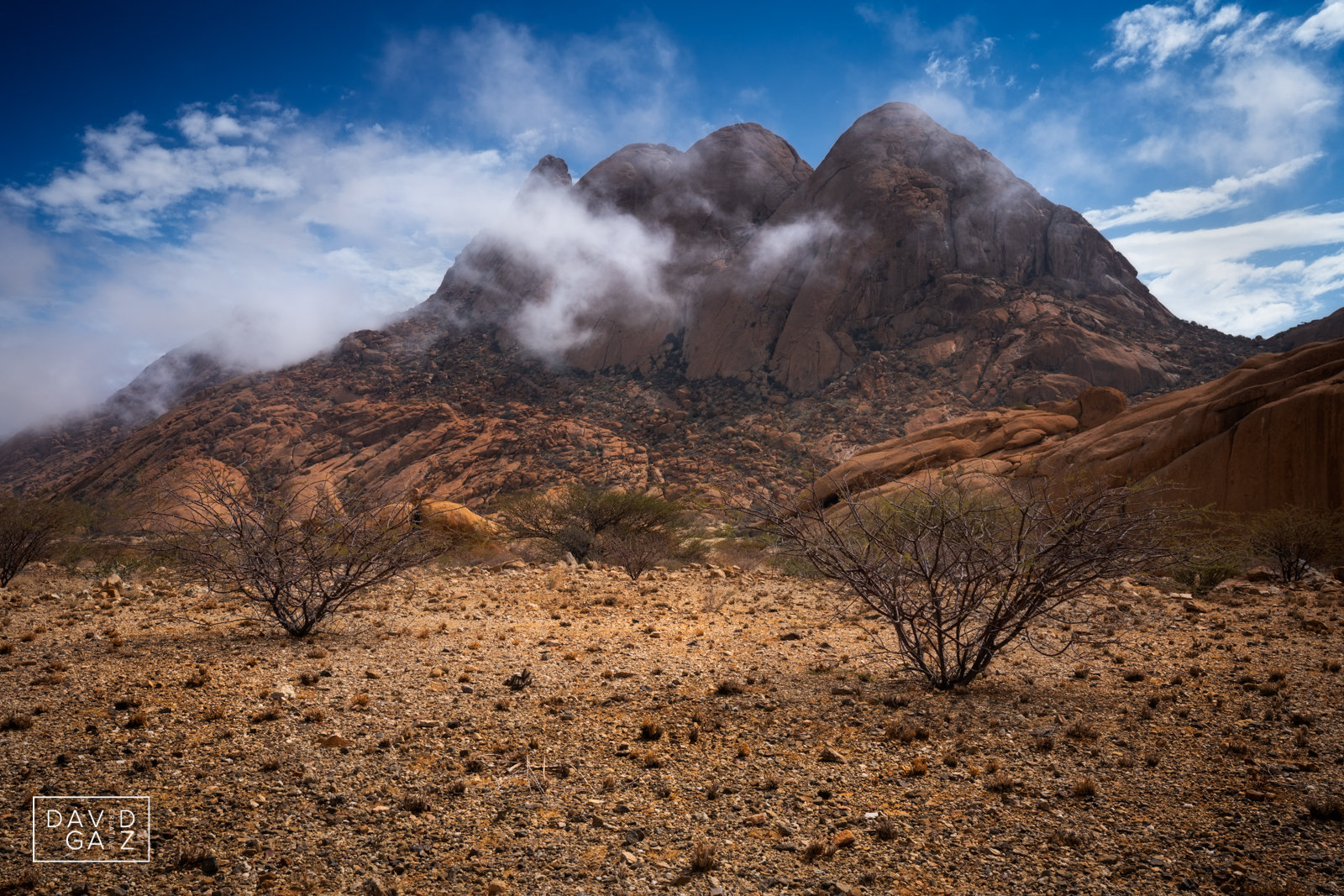 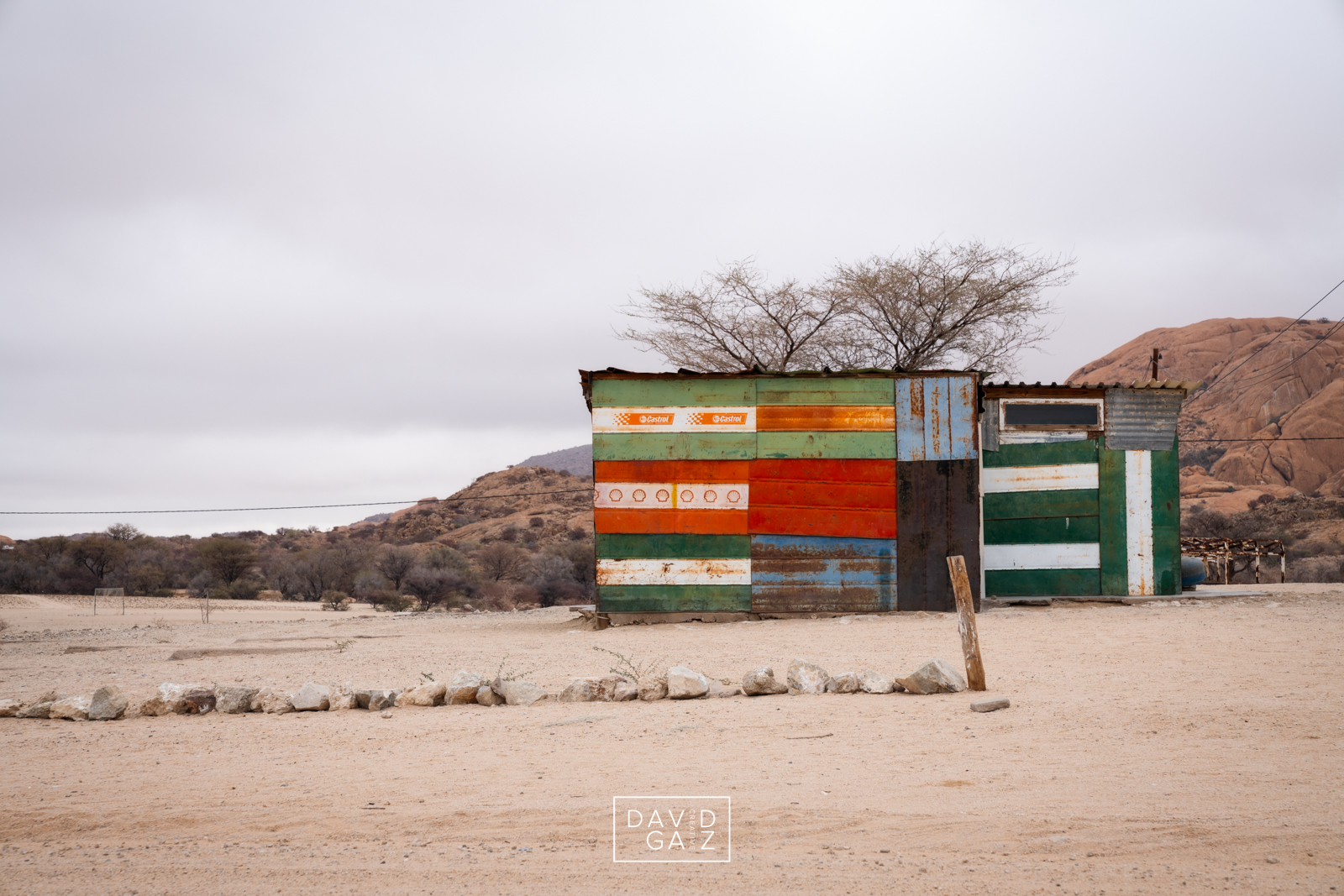 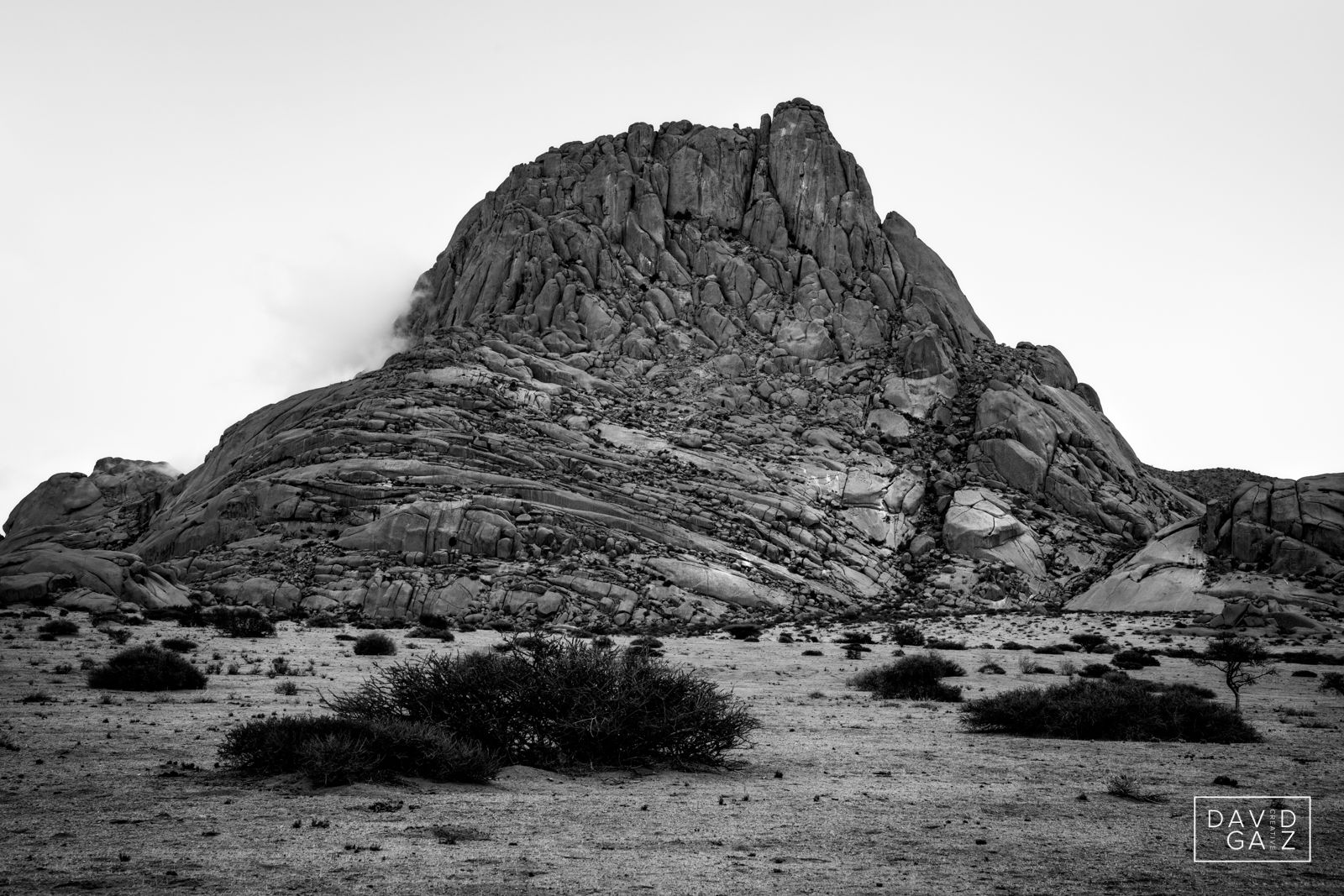 It was obvious that not many people came down this road and went by this town. There were a few other cars ahead of me and behind me on the road since it was close to the time of day when people would be checking in and checking out of the lodge. There was also a campsite nearby that most of the vehicles seemed to be going to. As I approached the township I saw small kids - 2, 3, 4, 5 years old standing on the side of the road in front of their small houses. They were holding up small trinkets - wind chimes mainly, and they were begging. Many were with parents or grandparents who were also begging, pleading, sometimes walking into the road to try to get in front of the car to get you to stop. I know this happens in a lot of places around the world, and in a lot of places children are used to tug at the heart strings of tourists to sell things or just beg for money and often times can bring in more money begging than parents can working a full time job. The desperation I saw here seemed different. The looks on their faces were different. This wasn't Soweto outside of Joburg, this was in the middle of nowhere and the conditions were really harsh. I slowed down to make sure I didn't blast people with dirt as I drove by and continued on to my appointment at the lodge intending to stop and buy some souvenirs and donate cash on my way back out.

After visiting the lodge, I got back in the car and drove towards the township. The weather had taken a turn for the worse. The wind picked up, it had gotten much colder and it was starting to rain. I pulled over and a girl in a red jacket came over to the side of the road. She was a little older than the rest of the kids and had a calmness about her. She wasn't frantically waving her arms or screaming like the others to get me to stop, instead she just smiled. I rolled down the window and said hello, asked her if she spoke English; to which she replied yes. I asked her if a little bit of money and food could be helpful and she said yes please so I gave her some cash and some snacks that I had on me.

A few moments later I drove off, the rain was picking up a little and I wanted to get on my way to Swakopmund. I got a few minutes down the road and I felt compelled to go back. I didn't feel like I did enough - not that the amount of money I gave or food I gave wasn't enough, but I felt like I didn't do enough to be human. I wanted to try to find out more about what life was like for these people, how hard it was. Something that always resonates when I travel is how random life is. I was born a white male in southern California. That's pretty much the equivalent of winning the life lottery. I realize how lucky I am and how different my life could be if I was born somewhere else. There's really no difference between me and the people living in this township besides pure luck and the randomness of each of us being born where we were. I had driven about 20 minutes away, I slowed down, pulled a u-turn and headed back.

When I got back to the township I didn't see anyone outside. Maybe it was the weather, maybe the time of day, who knows. So I pulled over again close to where I spotted the young girl the first time. She wasn't there, but I found a couple of other really young kids selling Zebra wind chimes. I bought a few and they ran off back home. Pretty shortly after that, the same girl in the red jacket came back out and walked towards where I was parked. This time I got out of the car and introduced myself and asked her name. She told me her name was Pinkie and that this was her home. She wanted to know why I came back, I told her that I wanted to come back and talk and learn about what life was like there for her, her family and the other people that lived there. She seemed a little surprised, but never lost her smile. Instead it got much bigger. She started talking non-stop about what life was like there. About how she was being raised by her grandmother. She saw I had a camera with me and started teaching me how to say words in her native language, including the word for camera. She asked where I was from, I told her California. She had never heard of it, or the US for that matter, but I pointed towards the coast and said it's that way, but a long long way away. As we were talking, a few other cars drove by, but they were driving as fast as they could. You could tell they didn't want to stop, they didn't want to be bothered by the locals so they sped by as fast as possible which created dust storms that covered anyone on the side of the road and easily reached into people's houses. Pinkie could see me turn away from the dust each time it happened and she laughed and told me I'd get used to it, that people did that everyday. We talked for about 20-30 minutes, the rain had stopped for a bit at this point. I asked her what she did to stay dry and warm when it rained and got cold like it was that day. She told me that everyone went inside and that they would put on whatever clothes they had and sit up on beds together because if it rained hard enough the water would come in the house and there's nothing they could do about it.

At this point Pinkie's grandmother came outside and told her it was time to come back in. Before she left I asked her how old she was. She told me that it was her birthday and she had just turned 9. I wished her a happy birthday and went back into the car and retrieved the rest of the cash and food I had on me and gave it to Pinkie. I told her I hoped it helped make her birthday a little better and that she and her family could stay warm through the storm. She was very thankful and happy. Before leaving I asked if I could take her picture. She lit up and told me that she'd never had anyone take her picture with a real camera before. I snapped a couple shots of her and showed her the back of the camera. She thought it was the coolest thing ever. We said goodbye and she ran off inside and I hit the road for Swakopmund. 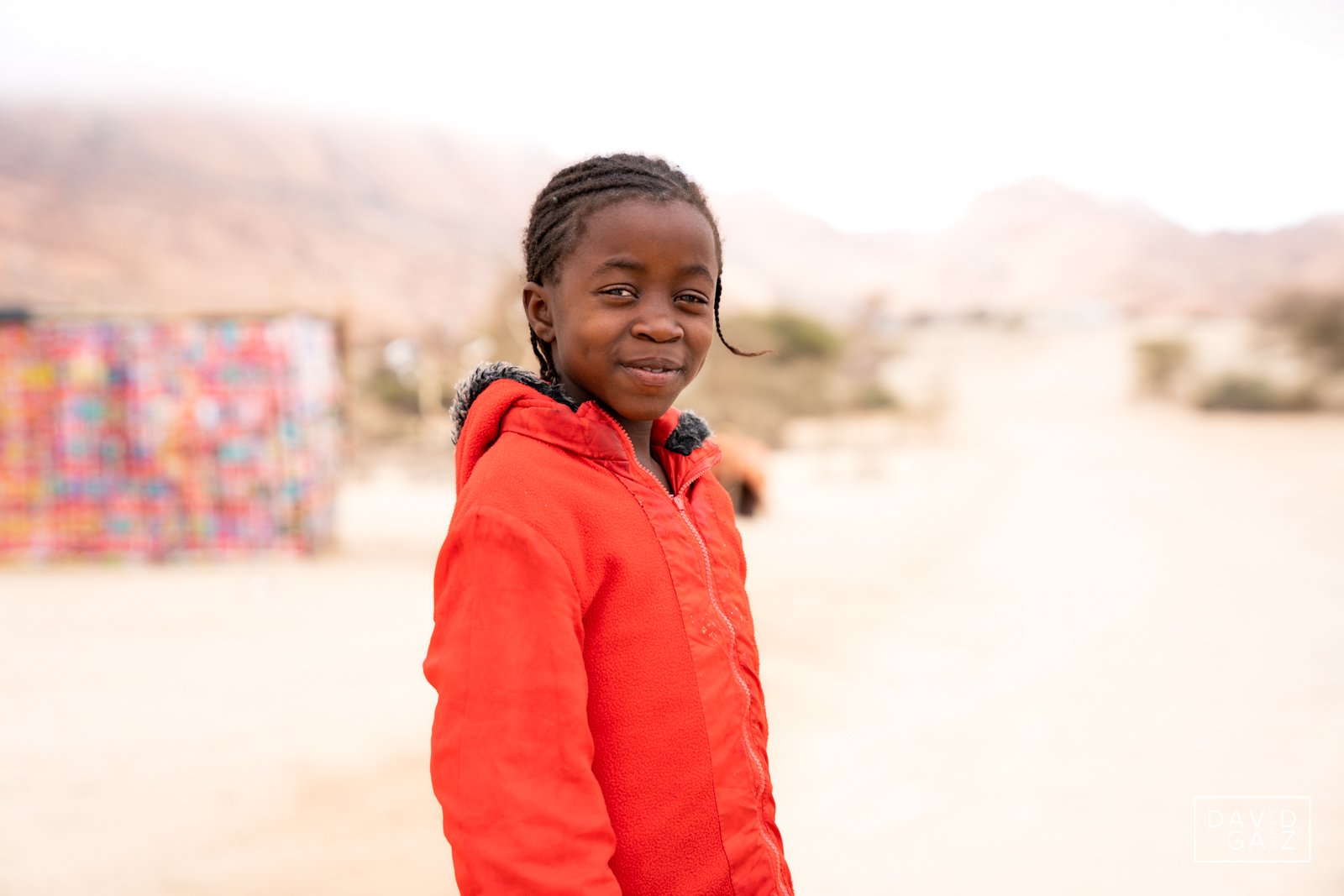 As I drove a couple of hours to Swakopmund, the storm had gotten really heavy. I had the wipers going full speed and I could barely keep the windshield clear enough to see. The rain let up a bit as I pulled into Swakopmund, but the town had flooded and in some spots near my hotel for the night there was almost a good 6-8 inches water in the street. I checked in, went to my room then realized it was just about time for sunset. I completely lost track of time since it was basically dark when I was driving over because of the storm. I grabbed my bag, quick ran downstairs and to the closest spot I could get to with something to shoot - directly across the street on the beach.

The street and parking lot were pretty flooded so I just threw on some board shorts and walked barefoot over to the beach. I got there just in time to see a pretty amazing sunset unfolding with really cool clouds hanging out from the storm. It was a great way to end a great day. After I finished shooting I was wet, sandy, a little chilly. All I had to do was walk back across the street to a heated hotel room and hop in the shower to clean off. I thought about Pinkie and the other people that lived in that township and how the ending of their day was probably drastically different to mine. Who knows if Pinkie had ever made it to the coast in her life. I'd guess probably not, but if so it was probably a rare occurrence. Its experiences like this that mean the most to me when I travel. Some people go on vacation, holiday, whatever you want to call it to escape "real life" or the normal drag of the day to day. I travel to experience something different and learn about how people live in other places around the world. I don't think where I'm from or where I live is better than other places. It's just different and traveling allows me to see what's different and take things that are interesting and incorporate them into my life.

I'm not sure when I'll be back in Namibia - hopefully as soon as possible! Next time I go back, I'll print out the picture of Pinkie and the picture of the sunset from that stormy night on her birthday. I'll drive back to Spitzkoppe and she if she's around. If she is, I'd love to give her those photos.

I'm not sure when I'll be back in Namibia - hopefully as soon as possible! Next time I go back, I'll print out the picture of Pinkie and the picture of the sunset from that stormy night on her birthday. I'll drive back to Spitzkoppe and she if she's around. If she is, I'd love to give her those photos.